Nicholas attends Miami Arts Studio 6-12 @ Zelda Glazer. He is currently training under the Acting program, and has received theatre experience from his parents, who both teach theatre at Miami Arts Studio as well. Nicholas’s love for history originates from his father, who is not only an AP United States History teacher at MAS, but is also a renowned playwright at the school; known for writing One-Act plays, some based on historical events, for the Theatre magnet. Nicholas gained his love for playwriting through his course curriculum and has not stopped writing since. He has been awarded the Best Thespian Sophomore award by the thespian honor society troupe 8102 in 2019, the M.A.S. Excellence in Theatre Arts Award in 2019, a Critic’s Choice and a Best Supporting Actor Award from District 8 Thespians. Nicholas’ inspiration and passion for veterans came from learning about American History his junior year, and as he watched documentaries with his father about veterans during the World Wars. It was then that he realized that there have been no well-known records or archive about veterans from America’s most recent conflicts. He founded the Bronze Star Purple Heart project to tell the stories of veterans of the modern day, and to educate students about the hardships that veterans go through when transitioning from the armed forces back to civilian life. He hopes that one day the interviews that he will archive of these veterans will be used as the reference sources for future researchers and historians learning about America’s history. 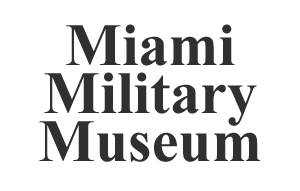